Seeing things from where God is standing.. 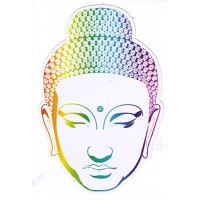 It is of paramount importance in spiritual life to see things from where God is standing. My spiritual teacher used to say, "We should not try to see God, but rather act in such a way that God can see us." So often we are in our own conception of the truth that we cannot see that God is playing a major role in our progress. Since it is not always a comfortable ride, we sometimes experience humiliating challenges.

There was once a lonely survivor of a shipwreck who was washed up on a small, uninhabited island. He prayed feverishly for God to rescue him, and every day he scanned the horizon for help, but none seemed forthcoming. Exhausted, he eventually managed to build a little hut out of driftwood to protect himself from the elements, and to store his few possessions.

One day, after scavenging for food, he arrived home to find his little hut in flames, with smoke rolling up to the sky. The worst had happened, and everything was lost. He was stunned with disbelief, grief, and anger. "God, how could you do this to me?," he cried.

Early the next day he was awakened by the sound of a ship that was approaching the island. It had come to rescue him. "How did you know I was here?" - asked the weary man of his rescuers. "We saw your smoke signal, they replied."

So it's easy to get discouraged when things are going bad, but we shouldn't lose heart, because God is at work in our lives ... even in the midst of pain and suffering ... there's always a gift!

It's a question of perception. The sun may appear to be covered by the clouds but it is the eyes of the people below the clouds that are covered. If we take a plane and rise above the clouds the sun will be seen without impediment. Similarly, although the covering of Maya is very strong, Krishna says in the Bhagavad Gita 7.14: "This divine energy of Mine, consisting of the three modes of material nature, is difficult to overcome. But those who have surrendered unto Me can easily cross beyond it."

So remember that the next time your little hut seems to be burning to the ground, it just may be a smoke signal that is summoning the grace of God.